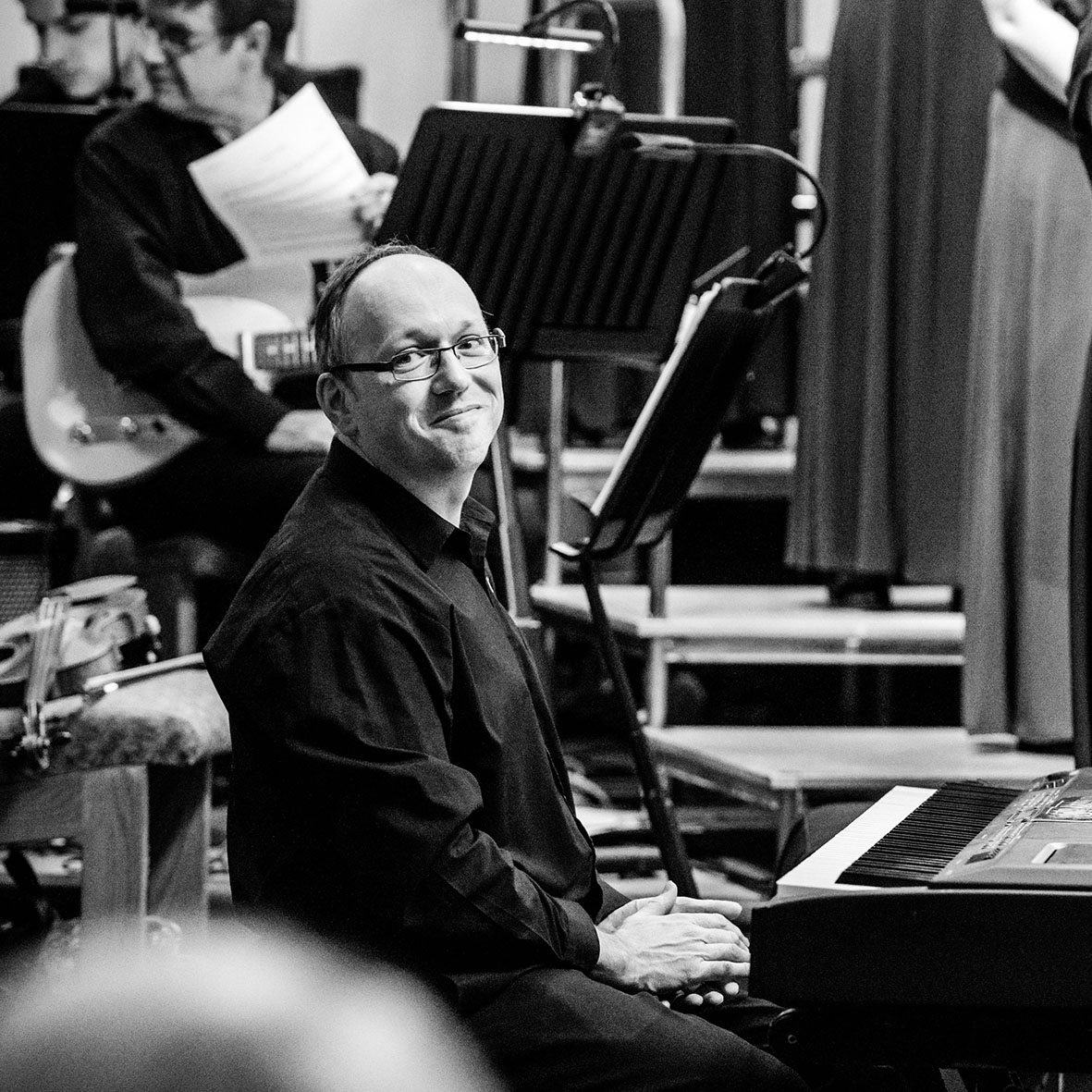 Gareth studied classical piano under Margaret Bullen and Heather Christian in his native Scarborough. As a teenager he also absorbed jazz under Tony Turner with the Scalby School Jazz Orchestra, regular category winners in the National Festival of Music for Youth, playing piano and singing with them as far as Manchester (Free Trade Hall), London (Royal Festival/Royal Albert Halls, Covent Garden) and Spain (Teatro Real, Madrid). After completing his piano grades, Gareth took his piano studies to the next level, becoming Associate of the London College of Music at the age of 17. He went on to gain a Bachelor of Music degree at Birmingham University, during which time his piano studies continued under the late Dennis Matthews and Michael Young at Birmingham Conservatoire.

As a postgraduate he returned to Yorkshire to study music education at Bretton Hall and has remained in the area ever since, working variously as secondary music teacher, peripatetic piano teacher and as primary schools pianist/singing educator. Gareth is a keen church worship musician and a published singer/songwriter whose songs have been recorded on both sides of the Atlantic.

As well as employing his piano skills as accompanist for Barnsley Youth Choir for the last 9 years, Gareth has had extensive musical theatre experience playing in the ‘pit orchestras’ for Take 2/Academy Theatre Barnsley, Wombwell Operatics and Wickersley Youngstars Rotherham, and as a gigging musician for ensembles in various genres: accordionist/singer with No Mean Feet (ceilidh), keys player for Take 2 Big Band (jazz) and most recently keys player for the Demon Barbers (contemporary folk-rock/ hip hop dance) on their national XL, Lock In ‘Remixed’ and Lock In Christmas tours.

Gareth is married to Rachel and they have two young daughters to keep them on their toes!