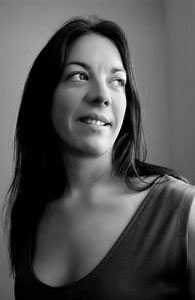 Emma studied music at Huddersfield University where she was awarded a B.Mus (Hons) degree followed by a PGCE teaching qualification from Bretton College.

She is the Deputy Head of Lindley Junior School where she has been a major influence in helping to build the tremendous reputation of the school in the music world. The Lindley JuniorChoir have been winners of the prestigious BBC Songs of Praise Award and Barnardos Junior Choir of the Year, three times in succession. The children’s choir have performed extensively nationally in forums such as the Llangollen National Eisteddfod, Leeds Town Hall, Birmingham Symphony Hall and many others. She was appointed as accompanist to New Mill Male Voice Choir in July 2012 - a great contrast to a children’s choir.

Emma has been involved with Huddersfield Light Opera Company for the past fifteen years and is now the Company's General Manager. She also supports several other musical groups and choirs across the local area.

She is really enjoying being involved with BYC and the challenges of helping to establish a brand new choir within the family. Emma has already accompanied BYC Children’s Choir Central in concerts and is looking forward to accompanying BYC Children’s Choir West in future performances