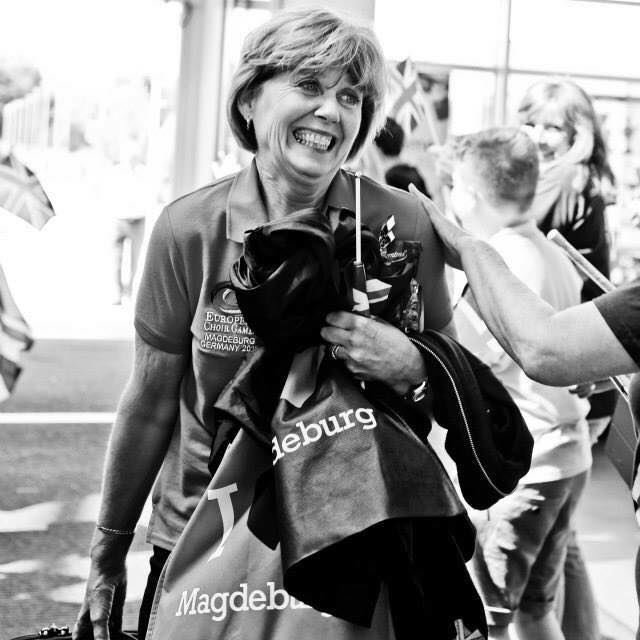 I was born and educated in Warwick and moved to Barnsley in 1988 when I married.

I worked for an electronics company based locally in Barnsley where I eventually held the position of Sales Manager and travelled extensively throughout Europe for the company.

In 2001 I joined my husband in our small, but very successful steel fabrication company and became Financial Director and obtained extensive experience specifically in financial areas, employment law, health and safety, correspondence and communications at all levels with professional construction organisations.

I joined Barnsley Youth Choir at its inception in 2009 following the successful auditions of my two daughters and soon became a member of the volunteer team. As the choir began to expand, I was selected to become Secretary and filled this position for over four years. During that time I became a qualified first aider, obtained DBS certificate and crucially attended safeguarding courses to ensure the safety and welfare of the young children in the organisation.

In the time spent with Barnsley Youth Choir I have been privileged to be part of an experienced team of musical directors and volunteers who accompanied many of the choir members to participate in competitions throughout Europe including Riga, Magdeburg and Sweden and participate in the world renowned Edinburgh Fringe Festival.

After the passing of our friend and Chairman Keith Norton in 2013 I was selected as Chairperson. In 2016 the choir became a charitable organisation and I was appointed as one of three choir Trustees. Throughout this time as Chairperson and as a Trustee of the choir, working hard to provide an organisation where young people can thrive and feel safe. In 2017 I was appointed as President of the choir, a title which I am honoured to hold.